Cellulite in kids is slowly becoming more and more prevalent in industrialized countries, and not many are sure why. As a fitness professional, I firmly believe the issue is not something found in our food but rather how much food is being consumed. If you are still scratching your head, the issue is that childhood obesity is in my opinion becoming a pandemic that should be addressed. So is it normal for kids to have cellulite? The answer now, compared to even a decade ago, is an unfortunate yes.

As mentioned cottage cheese skin, a common way of referring to cellulite, is becoming very common due to industrialized countries obesity rates. Cottage cheese skin is not simply fat however, and there is controversy in the medical field toward cellulite being a sign of greater health concerns. Cellulite is basically a result of subcutaneous fat coupled with water retention herniating toward the skin.

If you have noticed female youths having a greater or more noticeable amount of cellulite, you are on to something. It has been shown that females, kids or grown women, have a connective tissue that is honeycomb shaped. This is why you will notice that kids with cellulite are more likely to be female. Men or boys have more of a horizontally structured connective tissue which makes them less likely to have a noticeable cellulite problem.

Before going through conventional ways to get rid of cellulite, you may have noticed that not everyone with a cellulite problem is overweight. Aside from being related to subcutaneous fat, cellulite problems also are caused by water retention, as mentioned above, coupled with restricted blood flow that actually helps to herniate the connective tissue.

Let’s cover some of the ways to rid your kid of cellulite. When searching for ways, most commonly you will find a laser treatment recommended. Personally, a laser is the last thing I would want going anywhere near my child. Aside from that, treatments such as Cellulaze can run you anywhere from $4,500 to $7,000 on the low end.

Seeing laser treatment isn’t necessarily the way we want our children to get rid of cellulite, what else is out there? One thing you could do that is far less expensive and not invasive at all is by using a body brush. Body brushing is not only less expensive than Cellulaze and related treatments it is far less invasive and can be done by your child. Additionally, body brushing can also stimulate blood flow as well as the lymph system while removing dead skin.

As I mentioned earlier.com, cellulite is often though of as being an obesity related issue. Focusing on that, we can all say the current generation of kids do not have the healthiest diet. One thought process going into this is the toxins or non-natural elements entering our children’s body. This way of thinking highly advocates going for an organic or even paleo based diet.

What we need to take away from this and realize is that although our societies are advancing, our personal health is falling. As a fitness professional I personally say our obesity epidemic is getting out of hand. Implementing the steps above as well as below. Should help you dramatically see a difference in cellulite reduction.

How to get rid of stomach cellulite in 3 minutes

How to get rid of stomach cellulite in 3 minutes 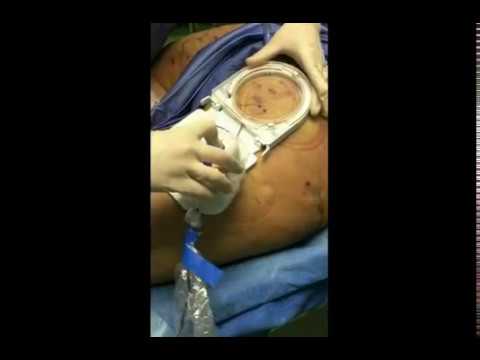